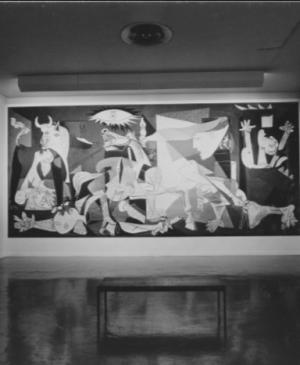 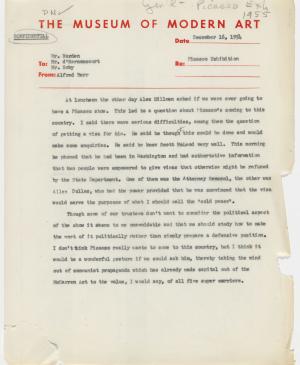 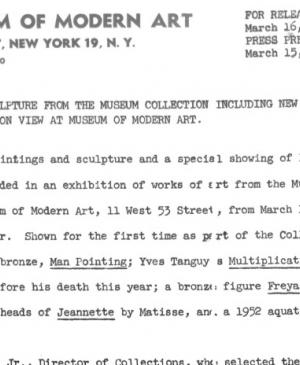 Press release from the Museum of Modern Art, New York, regarding new exhibitions and a special exhibition with 12 Picasso works. 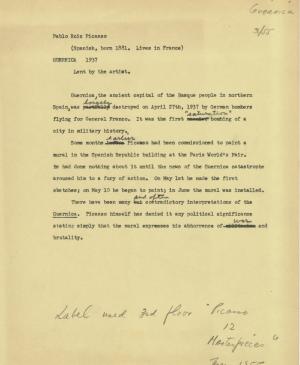 Annotation on the exhibit label for the exhibition Picasso: 12 Masterworks